Bill Koch signing Huggs: Former players talk about what it was like to play for Hall of Fame coach Bob Huggins 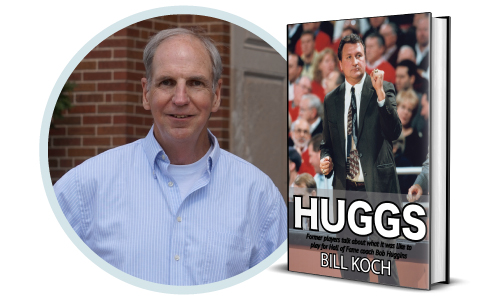 Bill Koch signing Huggs: Former players talk about what it was like to play for Hall of Fame coach Bob Huggins

Join us for Bill Koch signing Huggs: Former players talk about what it was like to play for Hall of Fame coach Bob Huggins.

When Keith LeGree told his Louisville teammates in 1993 that he was transferring to Cincinnati, they didn’t understand why he would want to play for a coach like Bob Huggins, who was known for yelling at his players and making demands that few other coaches made. LeGree told them they didn’t understand, that Huggins acted the way he did because he was so passionate about winning. What is it like to play for Huggins? Forty-three year Cincinnati newspaper beat writer and columnist Bill Koch, who spent most of his career covering UC basketball, sought out players from Walsh, Akron, Cincinnati, Kansas State and West Virginia in search of the answer. Together, their frank and often tender observations coalesce into a delightfully insightful character study of a genuine, inspiring, flawed yet caring man, whose against-all-odds achievements led him to the Naismith Memorial Basketball Hall of Fame.

Bill Koch is a Cincinnati native and University of Cincinnati graduate. During his career as a Cincinnati sports writer, he has primarily covered UC athletics, but has also been the featured columnist at The Cincinnati Post. He has covered preps, was the beat writer for Xavier University basketball for three years and has written extensively about the Reds and Major League Baseball.