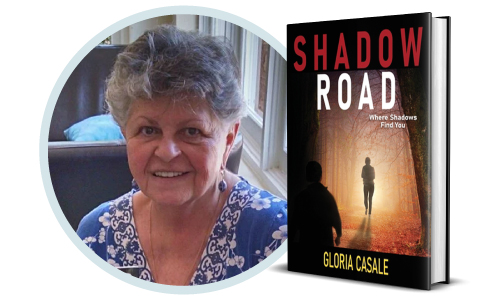 When psychiatrist Dr. Anne Damiano suspects she is being followed she writes it off as the father a client keeping tabs on her. What Anne doesn’t know is…

…Thugs close to Manuel Noriega are using Anne as bait. Shadow Road is the thrilling prequel to Bioterror: The Essential Threat harkening back to the road Anne took to become a shadow, a spy. Dr. Anne Damiano’s world is turned upside down when Helena Empañada, a local student at Trinity College, is placed in her care. Helena is recovering from a brutal rape but her father, a wealthy Panamanian plantation owner with connections to the drug cartels, demands that Anne complete treatment and return Helena back home. Anne does what is best as any psychiatrist would, refusing to cave to his pressure. He becomes more insistent, even threatening, Anne notices strangers showing up in unusual places.

As she is dealing with this, Connor, her best friend, reappears asking her out to dinner, then makes a very unusual request. Anne suspects Connor is a CIA operative, but what she doesn’t know is the tangled web woven in Panama has followed him home, putting her in the crosshairs. Will Anne outsmart Noriega's men will she fall into their trap putting the US operation and Connor’s life at risk?

Gloria Casale earned her medical degree from the University of Kentucky and completed advanced training in anesthesiology, preventative medicine, and public health. She received training in bioterrorism and bioterrorism response at the United States Army Medical Research Institute of Infectious Diseases and is a recognized expert in the international transport of disease. Gloria also served as a consultant to the Division of Transnational Threats at Sandia Laboratory. She has been an invited speaker to members of the US military and various ports associations on the topics of bio-weaponry and the international transport of pathogens. She currently lives in New Mexico with her tuxedo cat Hugo.