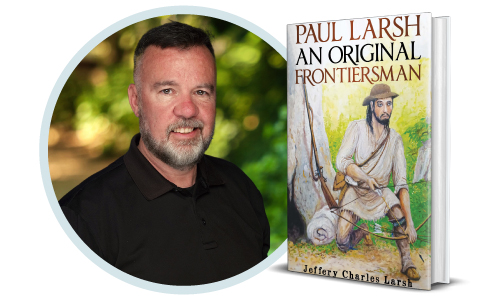 Paul was a young French Canadian drawn to a life in the wilderness and trained in the ways of the Wendat and the Shawnee. His dream was to be a coureur de bois, and in 1753, he left his home in Montreal and traveled alone by canoe to the western frontier of New France.

Alice was a young woman of English descent living in the remote Jackson River settlement near Fort Dinwiddie, Virginia. In 1756, she was captured by a raiding party led by the Delaware war chief Bemino and taken to a Shawnee village along the Ohio River.

Based on a true story, this is an account of how the paths of the young frontiersman from Quebec, and the young widow from Virginia, intersect and determine the course for their lives and the lives of future generations.

Written with a vividly historical backdrop and rich human interaction, this is a gripping tale of adventure, survival, tragedy, strength, and love.

Journey back to the 18th century and experience how the ordinary people, British, French, and Native, were affected by one theater of a global war fought on the frontiers of North America.

Jeffery Larsh is a military veteran and retired law enforcement officer who lives a quiet life in the country. He enjoys reading (especially to his grandbabies) and riding his motorcycle when time and Mother Nature allows. Based on a true story, Paul Larsh: An Original Frontiersman, is Jeff's first novel and is an account of the life of his fifth great grandfather, a story first told to Jeff as a boy at family reunions and passed down through the Larsh family for over two hundred years. Having been published in professional journals, Jeff uses his engaging writing skills, experience as an investigator, understanding of human behavior, and passion for history to bring this incredible story to life. Jeff is currently working on a sequel set during the American Revolution on the frontier of western Pennsylvania.