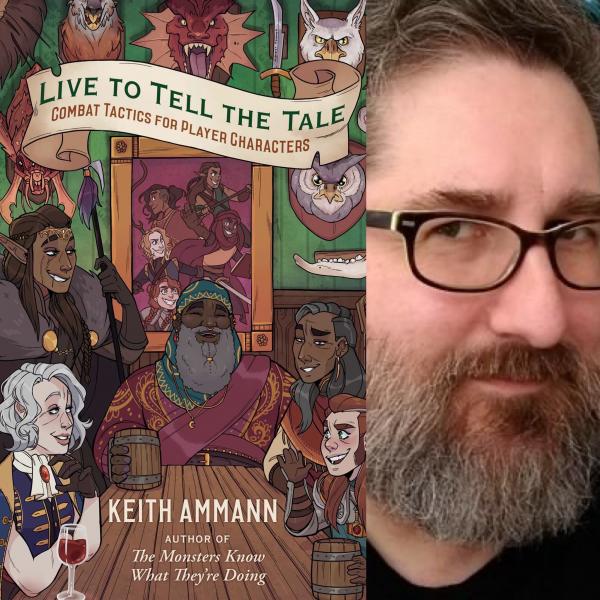 From the author of The Monsters Know What They're Doing comes an introduction to combat tactics for Dungeons & Dragons players.

In his first book, The Monsters Know What They're Doing (based on his popular blog) , Keith Ammann unleashed upon the D&D world a wave of clever, highly evolved monster tactics. Now it's only fair that he gives players the tools they need to fight back...and prevail!

An introduction to combat tactics for fifth-edition Dungeons & Dragons players, Live to Tell the Tale evens the score. It examines the fundamentals of D&D battles: combat roles, party composition, attacking combos, advantage and disadvantage, Stealth and Perception, and more...including the ever-important consideration of how to run away!

Don't worry about creating a mathematically perfect character from square one. Survival isn't about stats--it's about behavior! With four turn-by-turn, roll-by-roll, blow-by-blow sample battles, Live to Tell the Tale breaks down how to make the best choices for your cherished characters so that they can survive their adventures, retire upon their accumulated riches, and tell stories about the old days that nobody will ever believe.

Keith Ammann has been a Dungeons & Dragons player and DM for more than thirty years. He has been writing his fifth Edition D&D-focused blog The Monsters Know What They're Doing since 2016. He lives in Chicago.