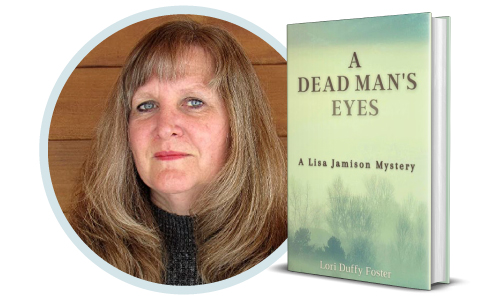 Lisa Jamison has done well for a single mom who got pregnant at fifteen.

She is a reporter at a well-respected newspaper and her teenage daughter is both an athlete and honors student. Though their relationship is rocky these days, Lisa has accomplished what she set out to do. She has given her daughter the kind of life she never had.

But all that changes when Lisa sees her daughter in the eyes of a dead man.

The cops call it a drug killing, but Lisa doesn't believe it. She knows her ex-boyfriend was no drug dealer even though she had not seen him in sixteen years. Lisa ignores warnings from her medical-examiner friend. She fails to heed barely veiled threats from the sheriff of a neighboring county. Instead, she risks her life and the lives of her daughter and their closest friend on a dangerous quest for answers.

The investigation leaves Lisa fighting for her family in a morbid, black market world she never knew existed. She learns that trust is complicated and that she, despite her cynical nature, has been blind. She trusted the wrong people and now she might have to pay with her life.

Lori Duffy Foster is a former crime reporter who writes from the hills of Northern Pennsylvania, where she lives with her husband and four children. She was born and raised in the Adirondack Mountains of New York State, where a part of her heart remains. Her short fiction has appeared in the journal Aethlon, and in the anthologies Short Story America and Childhood Regained. Her nonfiction has appeared in Healthy Living, Running Times, Literary Mama, Crimespreeand Mountain Home magazines. A Dead Man's Eyes, the first in the Lisa Jamison mystery/suspense series, is her debut novel. She is also author of Raising Identical Twins: The Unique Challenges and Joys of the Early Years. Lori is a member of Mystery Writers of America, Sisters in Crime, The Historical Novel Society and Pennwriters.  She also sits on the board of the Knoxville (PA) Public Library.