Lydia Sherrer signing Into the Real 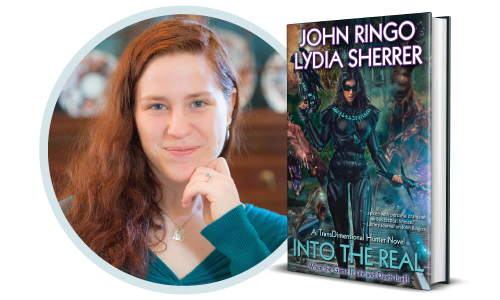 Lydia Sherrer signing Into the Real

Join us for Lydia Sherrer signing Into the Real.

Lynn Raven may be the boss master of WarMonger 2050 with her online persona of "Larry the Snake," but when the CEO of Tsunami Entertainment personally asks her, as a favor, to beta test a new augmented reality game, she has to face her greatest fear: going outside and dealing with . . . well, people.

As she becomes more immersed in the game, the stakes rise and so do the obstacles. Strife between teammates, a ruthless rival team, and these strange glitches that make it seem like the game algorithm (or maybe “game AI”?) has it in for her. Now she has to face a new fear: is she willing to step into the real to win the future she’s always wanted?

What do you do when a game and real life merge?

Award-winning and USA Today-bestselling author of snark-filled adventures, Lydia Sherrer thrives on creating stories you love to love, and hate to leave. She is the author of the bestselling urban fantasy Love, Lies, and Hocus Pocus universe of books featuring several series, which have sold over a quarter million copies world-wide. Most recently she has published the first in a series of Gamelit novels with NYT bestselling author John Ringo. Lydia subsists on liberal amounts of dark chocolate and tea, and hates sleep because it keeps her from writing. She is the mother of two, and due to the tireless efforts of her fire-spinning gamer husband and her two overlords — i.e. cats — she remains sane and even occasionally remembers to leave the house.

Into the Real (TransDimensional Hunter) (Hardcover)