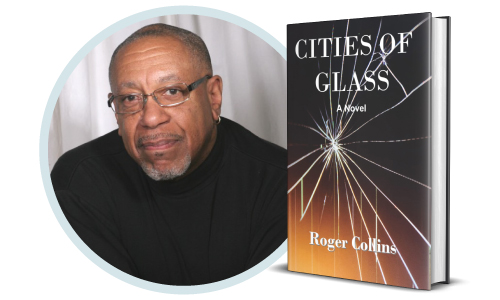 Saturday, October 1 at 11am ET

Join us for Roger Collins signing Cities of Glass.

In a future Golden Age of Transparency Fitima Anueche, an Afro-Caribbean astrophysicist, battles mysterious outbreaks of anarchy that threaten her world. Upon discovering the cause of the chaos that eventually endangers her mother, Fitima joins the boss she'd suspected of misconduct and together they undertake a risky remedy to restore a world gone mad.

Roger Collins is a clinical psychologist, novelist, short fiction writer, playwright, and Professor Emeritus at the University of Cincinnati. He received the university’s Cohen Award for Excellence in Teaching and was known for integrating fiction into his psychology courses. His short stories and short dramas have been published in a variety of literary journals and his stage plays have been produced in Cincinnati and Dayton, Ohio, Fort Thomas, Kentucky, Brooklyn, New York, and San Francisco, California. Cities of Glass is his debut novel.