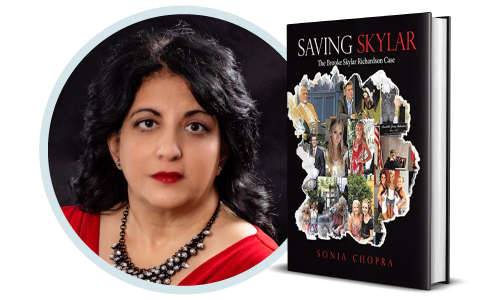 The case of Brooke Skylar Richardson, a Carlisle, Ohio teenager, dominated world headlines for more than three years. Authorities alleged that Skylar, an eighteen-year-old high school honors student and cheerleader who had no idea she was pregnant for months, quietly gave birth to her daughter, Annabelle, in May 2017, hours after her high school prom and then killed, burned, and buried her in the backyard of her family's home.

Sonia Chopra, the only reporter who interviewed Skylar, found her to be a frightened, traumatized teen who struggled with eating disorders, survived a sexual assault in eighth grade and relentless bullying, and was now coping with grief after losing a baby whose growth was likely stunted by her disease. While taking others behind the sensational headlines, Chopra highlights Skylar's side of the story and her quest for justice as her two attorneys tenaciously battled to save her from life in prison without the possibility of parole and faced the challenges of defending a naive teen who falsely confessed to police. Was it murder or a medical tragedy?

Saving Skylar shares the true story of the criminal case filed against Brooke Skylar Richardson, a Carlisle, Ohio, teen accused of murdering her newborn in 2017.

Sonia Chopra has been a reporter for twenty seven years. She is an award winning freelance reporter and a guest lecturer for various local colleges in Ohio.